Alistair at www.ProsperityUK.com says: Below is one of the most remarkable articles on the operation of the money system which has yet appeared in a national newspaper in the United Kingdom. It is good to see that these ideas, which Prosperity and others, have been pushing for years now, are beginning to break through into the "mainstream" press.
Here is an extract: "Let me repeat: supposedly ‘sovereign’ Governments – representative of their people, at least in theory – do not control the single most important mechanism when it comes to their economies: namely the production and distribution of money. That role has been diverted in large measure to the banks which manufacture money out of nothing and charge interest on that conjured-up money. In fact, beyond a pathetic interest rate cut here and a token cut in VAT rates there our politicians have zero real power when it comes to directing their country’s economy."
Here is the entire article – and if you click on the link you will also see quite a few interesting comments – and for those who want to get involved in campaigning on this matter, we suggest you go to www.call4reform.org
———————

Darius Guppy: our world balances on a sea of debt
What is needed is a root and branch re-evaluation of that most curious of cultural inventions – money, argues Darius Guppy.
The Sunday Telegraph
21 February 2010
http://www.telegraph.co.uk/comment/personal-view/7273332/Darius-Guppy-our-world-balances-on-a-sea-of-debt.html

In the year 1994 there resided in the cell next to mine a certain ‘Tommy.’ 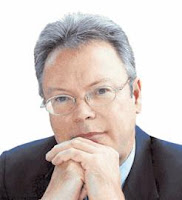