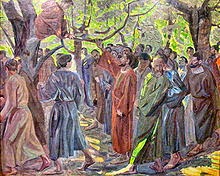 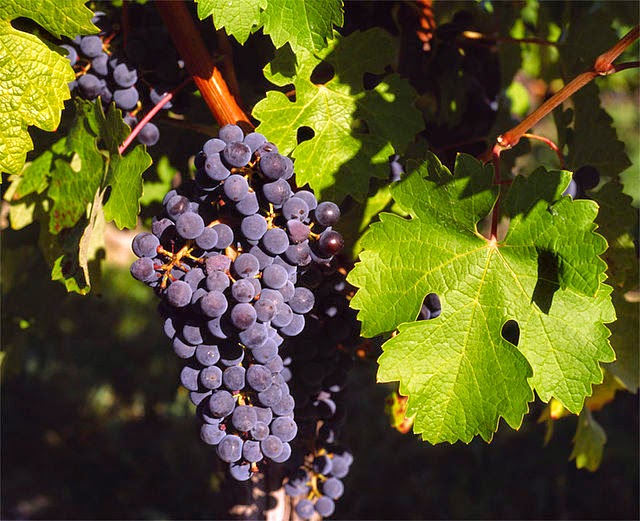 Tribulation Knocks! Israel Asks for a 7 year Peace Treaty Which Would Usher in the Antichrist!

The sabbath year (shmita Hebrew: שמיטה‎, literally “release”) also called the sabbatical year or sheviit (Hebrew: שביעית‎, literally “seventh”) is the seventh year of the seven-year agricultural cycle mandated by the Torah for the Land of Israel, and still observed in contemporary Judaism.﻿


Psalm 83 will come first.
Then possibly Ez. 38-39, partial nuke exchange.
Once this takes place the world will be ready…
to receive their false messiah.

A Tetrad of Lunar Eclipses

March 27, 2014:  For people in the United States, an extraordinary series of lunar eclipses is about to begin.
The action starts on April 15th when the full Moon passes through the amber shadow of Earth, producing a midnight eclipse visible across North America. So begins a lunar eclipse tetrad—a series of 4 consecutive total eclipses occurring at approximately six month intervals.  The total eclipse of April 15, 2014, will be followed by another on Oct. 8, 2014, and another on April 4, 2015, and another on Sept. 28 2015.
“The most unique thing about the 2014-2015 tetrad is that all of them are visible for all or parts of the USA,” says longtime NASA eclipse expert Fred Espenak.

A new ScienceCast video explains the lunar eclipse tetrad of 2014-2015.  Play it!
On average, lunar eclipses occur about twice a year, but not all of them are total.  There are three types:
A penumbral eclipse is when the Moon passes through the pale outskirts of Earth’s shadow.  It’s so subtle, sky watchers often don’t notice an eclipse is underway.

A partial eclipse is more dramatic.  The Moon dips into the core of Earth’s shadow, but not all the way, so only a fraction of Moon is darkened.
A total eclipse, when the entire Moon is shadowed, is best of all.  The face of the Moon turns sunset-red for up to an hour or more as the eclipse slowly unfolds.
Usually, lunar eclipses come in no particular order. A partial can be followed by a total, followed by a penumbral, and so on.  Anything goes. Occasionally, though, the sequence is more orderly. When four consecutive lunar eclipses are all total, the series is called a tetrad.

Click to view a complete visibility map of the April 15th lunar eclipse.
“During the 21st century, there are 8 sets of tetrads, so I would describe tetrads as a frequent occurrence in the current pattern of lunar eclipses,” says Espenak. “But this has not always been the case. During the three hundred year interval from 1600 to 1900, for instance, there were no tetrads at all.”
The April 15th eclipse begins at 2 AM Eastern time when the edge of the Moon first enters the amber core of Earth’s shadow.  Totality occurs during a 78 minute interval beginning around 3 o’clock in the morning on the east coast, midnight on the west coast.  Weather permitting, the red Moon will be easy to see across the entirety of North America.
Why red?
A quick trip to the Moon provides the answer: Imagine yourself standing on a dusty lunar plain looking up at the sky. Overhead hangs Earth, nightside down, completely hiding the sun behind it. The eclipse is underway.
You might expect Earth seen in this way to be utterly dark, but it’s not. The rim of the planet is on fire! As you scan your eye around Earth’s circumference, you’re seeing every sunrise and every sunset in the world, all of them, all at once. This incredible light beams into the heart of Earth’s shadow, filling it with a coppery glow and transforming the Moon into a great red orb.
Mark your calendar for April 15th and let the tetrad begin.
More information about the lunar eclipse may be found on NASA’s eclipse home page
Credits:
Author: Dr. Tony Phillips | Production editor: Dr. Tony Phillips | Credit: Science@NASA

In 2014, there are two solar eclipses and two total lunar eclipses as follows.
Predictions for the eclipses are summarized in Figures 1, 2, 3, and 4. World maps show the regions of visibility for each eclipse. The lunar eclipse diagrams also include the path of the Moon through Earth’s shadows. Contact times for each principal phase are tabulated along with the magnitudes and geocentric coordinates of the Sun and Moon at greatest eclipse.
All times and dates used in this publication are in Universal Time or UT. This astronomically derived time system is colloquially referred to as Greenwich Mean Time or GMT. To learn more about UT and how to convert UT to your own local time, see Time Zones and Universal Time.

The State Department Says Russia Is Invading Ukraine—Should We Believe It? 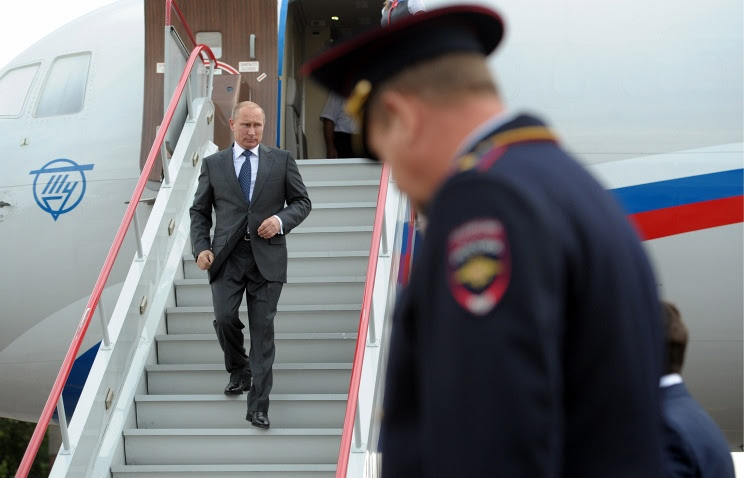 A foreboding report sent from the Office of the President (OoP) to all Kremlin departments today states that President Putin has ordered all nuclear forces to their highest alert status and is, in effect, now running the Federation from one of Russia’s most secretive bunker complexes belowBarnaul Airport located in the Altai Republic which is part of the Siberian Federal District.
According to this report, while Putin was returning to Moscow from his 5-hour visit with his Mongolian counterpart Elbegdorj Tsakhia in Ulan Bator, he was “strategically redirected” to Altai whereupon the Kremlin Press Service stated that he would chair a government meeting in the Republic dedicated to rehabilitation measures after last year’s heavy floods and would remain there for at least 48 hours.
Upon his landing at Barnaul Airport, however, this report continues, Putin was “rushed” into the vast bunker fortress underneath this massive complex whereupon he then ordered all nuclear forces to their highest alert status and informed the West, per treaty obligations, that the Federation would be conducting a massive nuclear exercise in Altai involving over 4,000 troops.
In a Kremlin authorized statement to the RIA News Service regarding Putin’s orders, Major Dmitry Andreyev of the Strategic Missile Forces (SMF) further stated that these troops would practice countering irregular units and high-precision weapons in Altai, and would be “conducting combat missions in conditions of active radio-electronic jamming and intensive enemy actions in areas of troop deployment”.
Major Andreyev also said enemy forces would be represented in these exercises by Spetsnaz (Special Forces) units and that Supersonic MiG-31 fighter-interceptors and Su-24MR reconnaissance aircraft would take part, while also noting that the scale of air power involved was “unprecedented for exercises of this kind”.
Important to note, this report says, is that in the immediate hours prior to Putin being “rushed” to Altai, Senior Defense Ministry official General Yury Yakubov openly called for a change of Russia’s military doctrine to clearly identify the US and its NATO allies as Moscow’s enemy number one and spell out the conditions under which Russia would launch a preemptive nuclear strike against the 28-member military alliance. 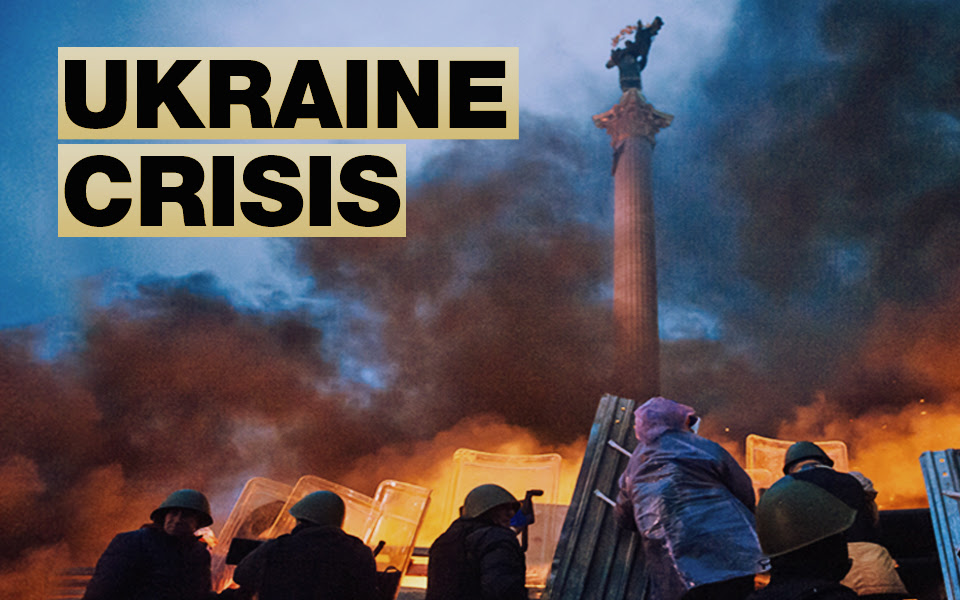 Of the number of “grave and immediate” threats facing the Federation necessitating Putin’s relocation to Altai, this report explains, was the US-EU blocking hours ago of a 7-step cease-fire arrangement negotiated between Ukraine and Russia which was dismissed NATO’s secretary-general Anders Fogh Rasmussen who said “what counts is what is happening on the ground in eastern Ukraine”, where the West says Russian troops are fighting with separatists against the Ukrainian military.
Though Obama and his own State Department continue to give conflicting accounts to if Russian forces are in Ukraine, this report says, the real truth lies in the recently sent letter from the US-based Veteran Intelligence Professionals for Sanity (VIPS) to Angela Merkel, Chancellor of Germany, who warned:

“We the undersigned are long-time veterans of U.S. intelligence. We take the unusual step of writing this open letter to you to ensure that you have an opportunity to be briefed on our views prior to the NATO summit on Sept. 4-5.
You need to know, for example, that accusations of a major Russian “invasion” of Ukraine appear not to be supported by reliable intelligence. Rather, the “intelligence” seems to be of the same dubious, politically “fixed” kind used 12 years ago to “justify” the U.S.-led attack on Iraq.
We saw no credible evidence of weapons of mass destruction in Iraq then; we see no credible evidence of a Russian invasion now. Twelve years ago, former Chancellor Gerhard Schroeder, mindful of the flimsiness of the evidence on Iraqi WMD, refused to join in the attack on Iraq. In our view, you should be appropriately suspicious of charges made by the U.S. State Department and NATO officials alleging a Russian invasion of Ukraine.”

Of even greater concern to the Federation, this report warns, was yesterday’s threat from Islamic State (IS) [formerly the Islamic State of Iraq and the Levant (ISIL) or the Islamic State of Iraq and al-Sham (ISIS)] militantsvowing to oust Putin and start a war in Russia’s Chechen Republic and the whole Caucasus region due to Moscow’s support of the Syrian regime against these murderous Islamic barbarians.
Chechen President Ramzan Kadyrov (The Kremlin’s Dragon) in response to this IS threat quickly retorted: “Taking all responsibility, I declare that those who have voiced a threat against Russia or who have mentioned the name of our president Vladimir Putin will be destroyed right where they made their statement. We will not wait for them to get behind the steering wheel of a plane. They will go where his fellow terrorists are rotting.”
Not being told to the American people about IS, this report gravely notes, is that it is an entirely made up terror group created by the CIA and US Military and funded by both Qatar and Saudi Arabia, and Kuwait, a fact Germany’s development minister, Gerd Mueller, found out this past week when he let the truth be known and was “slapped down” for it by his own government. 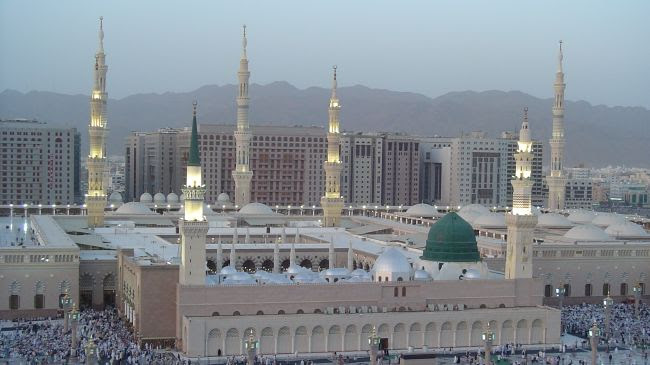 Unbeknownst, however, to these Middle Eastern monarchies, this report says, is that instead of using IS against Shiite-backed Syria and Iraq, the Obama regime is now directing them against the very Sunni monarchs who funded in them in the first place, a move which caused a very rattled Saudi King Abdullah to warn last week: “If we ignore them, I am sure they will reach Europe in a month and America in another month.”
Even worse, this report warns, in the face of the growing IS threat against not only Saudi Arabia, but all Gulf monarchies, King Abdullah, as the formal custodian of the mosque holding the remains of Prophet Muhammad, is planning on not only destroying one of the most holy shrines to Islam, but igniting a full-scale Middle Eastern war over the destruction of the rooms surrounding Muhammad’s tomb – used by the Prophet’s wives and daughters, and venerated by the Shiites because of their association with his youngest daughter, Fatima.
To King Abdullah’s plan to destroy the Green Dome, which covers Muhammad’s tomb and these living quarters, and the ultimate removal of the Prophet’s body to a nearby cemetery to be buried in an unmarked grave, this report concludes, would unleash a “cataclysmic” response from the entire Muslim world unprecedented in all of human history…and which the US and EU are seriously deluded in thinking they can control it.
Source 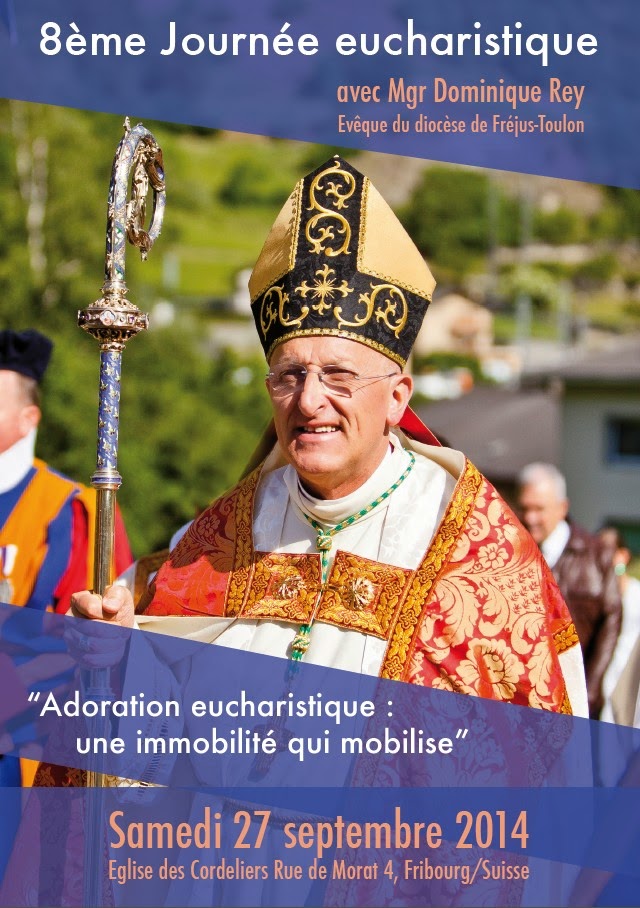 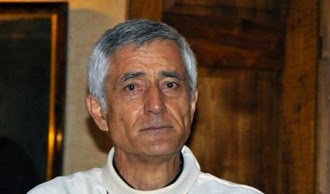