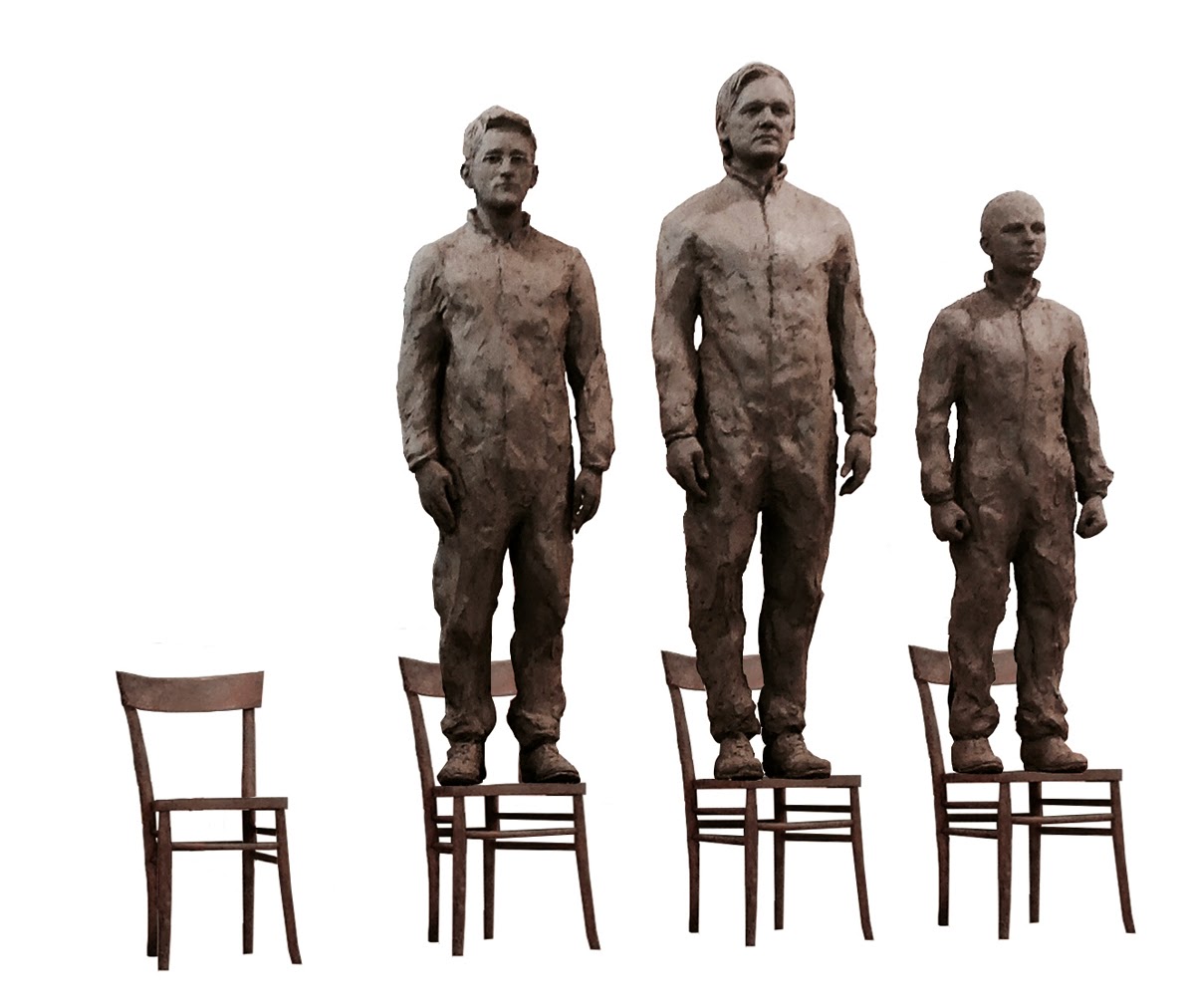 ANYTHING TO SAY? A Monument to Courage
Unveiling Davide Dormino’s statue in tribute to Chelsea Manning, Julian Assange and Edward Snowden
Place: Alexanderplatz, BerlinDate: Friday, 1 May 2015 at noon.
Celebrated Italian sculptor Davide Dormino will unveil his monument to freedom of speech and invites all supporters of freedom of information to come and take a stand with him in Alexanderplatz, Berlin. The life-size bronze statue, the fruit of more than a year of work, depicts the three people who have sacrificed their freedom for the public’s right to know standing on chairs to face the public. A fourth, empty chair waits beside them for any of us who want to stand with them. Come, stand on the chair, take your photo and show it to the world. This is your statue.

Sculptor Dormino will be available in Berlin for media interviews before and after the unveiling. Please contact him at davidedormino@gmail.com

The next exhibition of the state will be Dresden-Ostrale 015 from June 1st to September.

They said and are paying for it

Julian Assange, born in 1971, publisher and journalist, is best known as the editor-in-chief of the whistleblower website WikiLeaks which he co-founded in 2006. WikiLeaks achieved particular prominence in 2010 when it published US military and diplomatic documents leaked by Bradley Chelsea Manning.
« To keep a person ignorant is to place them in a cage.»

Bradley Chelsea Manning, born in 1987, is a US soldier assigned in 2009 to an army unit in Iraq as an intelligence analyst. Manning had access to classified database which he leaked in 2010 to WikiLeaks.
« I am the type of person who likes to know how things work. And, as an analyst, this means I always want to figure out the truth.»

Edward Snowden, born in 1983, is an American computer professional. He worked for the CIA (Central Intelligence Agency), the DIA (Defense Intelligence Agency) and the private intelligence contractor Dell, inside a National Security Agency outpost in Japan. In 2013, he released numerous NSA documents to the press.
« I do not want to live in a world where everything I do and say is recorded.»