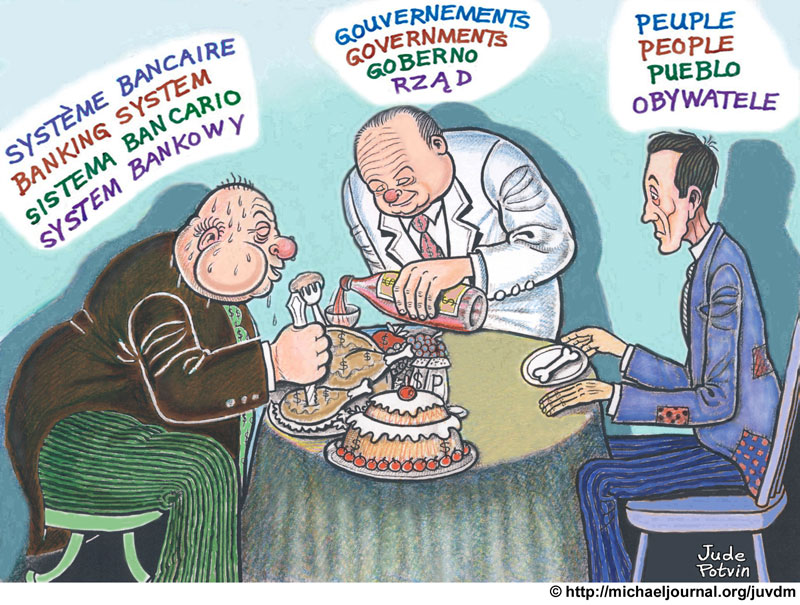 How to explain with simple games how better is social credit compared to gift, barter and the actual banking systems…
Speaches, lectures and workshops were or are given by all participants, among others by a Cardinal ( 3 times ), many Bishops ( more than 70 from most continents) and Priests ( nearly 200 ), Mlle Thérèse Tardiff, Marcelle Caya, directresses, + Mme Diane Boucher + , MM Marcel Lefevre, director, Alain Pilote, the main Professor, Yves Jaques, Renault Laillier, Yves Potvin, Benoît Ouellet, Carlos Reyes of Ecuador, François de Siebenthal, and all pilgrims are interacting with all participants giving lectures, workshops etc…

Game: Each player must “work” to build houses by assembling four walls.
GENERAL RULE :
Each player must “work” to build a house by assembling 4 walls, 4 cards with the same value: for example assemble 4 jacks or 4 aces, regardless of the color.
The game is to use different economic rules to circulate the cards between players, looking at how many houses will be built. Everyone can feel the effects of  the rules on their own behavior and the behavior of others.
A notary will count each house reported: he or another must know how to shuffle  quickly to distribute new cards! A facilitator explains the rules, and measures the time. The time is measured by the facilitator (eg 2 minutes per round).
The number of cards has been chosen for one square of cards per player, plus at least 4 square more: for 20 players, this is 80 + 16 = 96 cards. You can play from 5 or 6.

Game 1: the gift.
Each player receives 4 cards drawn randomly at the beginning and every time he returns 4 cards of the same number representing a house to a notary. How to most efficiently build the biggest number of possible squares? No restrictions between players.
This game can take place in 12 minutes. You get an image card or a colored card for each house and count them up at the end.

A player can only ask an other player for a card that is directly useful to him to make a square, and just giving in return a card, knowing that the reciprocical exchange of  cards must also be directly helpful to the other. The exchange can only be between two people. Nobody can be in between  and the card should be “useful” to each person, to properly test the barter.
This game can take place in 12 minutes.

Game 3: Under the actual official currency system of debts and compound interests, the bank gets almost everything at the end and we know how bad that system is, just look around you …

We receive as a due and a just return at least a dividend of $ 1 million as St Edward the Confessor  did with his Tally sticks ( 20 bank-notes of 50’000 each ). A wall costs 50,000
You can buy 5 cards from  the bank for 50,000 ( primary market).
A house can be sold for 300,000 to the bank.
You can pool  your ressources with others players.
You get a colored card for each house. Each time you get a joker, everyone doubles  the number of houses, to see the effect of the drop in prices and the effect of compensated discount.
http://desiebenthal.blogspot.ch/2008/10/krach-how-to-have-new-system-social.html
The time is measured by the facilitator (eg 2 minutes per round). You have to play at least the same 6 rounds to compare with the other games, i.e. 12 minutes each.