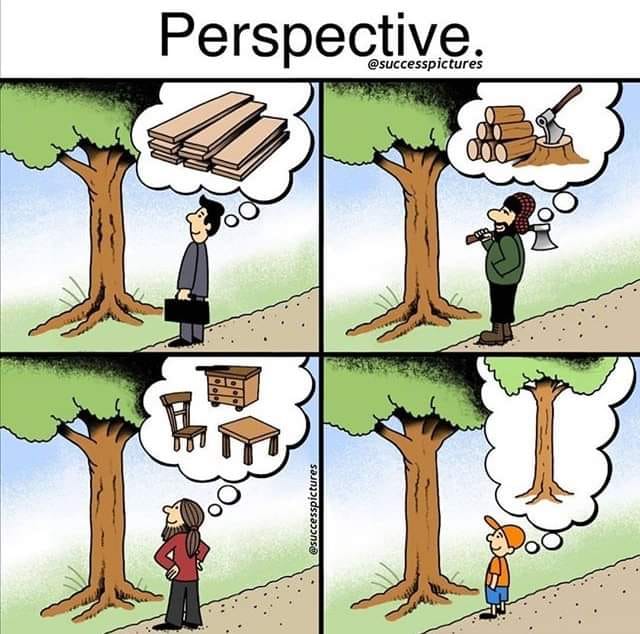 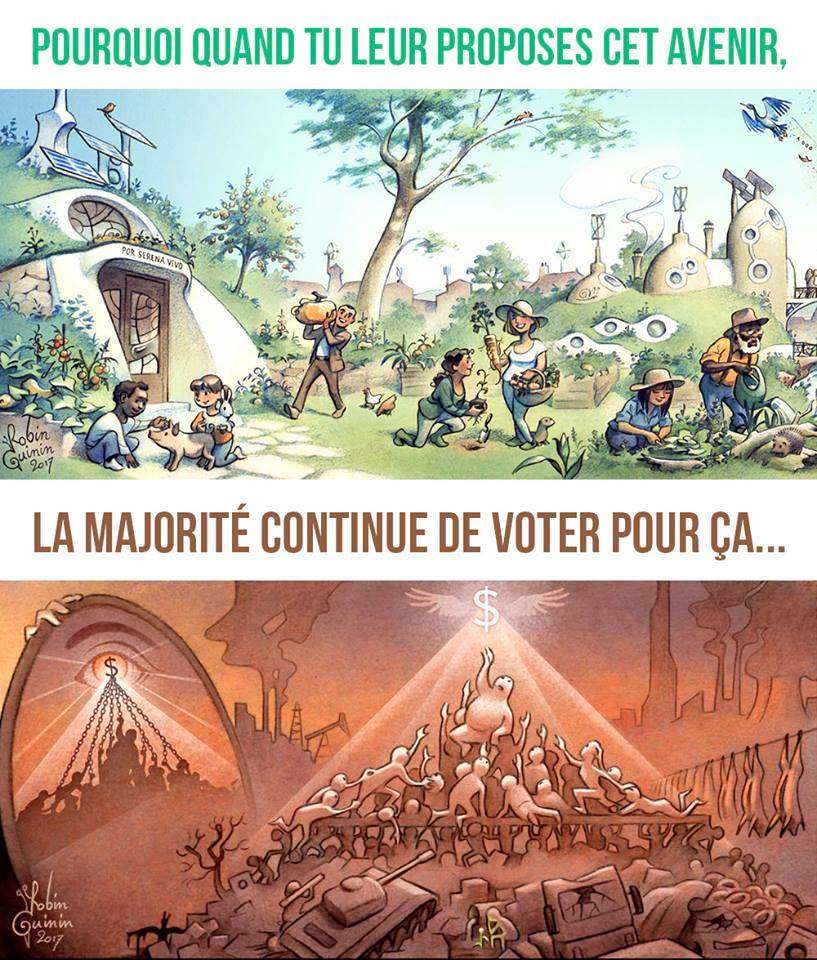 Objet : The Economy of Francesco event

Source: Press office of “The Economy of Francesco”

ASSISI (PERUGIA) – Assisi is preparing to welcome more than 2,000 economists and entrepreneurs under 35 from all over the world to participate in “Economy of Francesco”, the event wanted by Pope Francis to be held in Assisi from 26 to 28 March. More than 3,300 applications arrived from 115 countries. The city of Francis will be organized in 12 “villages”, which will host the participants’ work on the big issues and questions of the economy today and tomorrow: work and care; management and grant; finance and humanity; agriculture and justice; energy and poverty; profit and vocation; policies for happiness; CO2 of disparity; business and peace; “Economy is woman”; companies in transition; life and lifestyles.

The horizon within which to read the articulation of the villages is given by the words of the Bishop of Assisi, Mons. Domenico Sorrentino: “The development of the event is connected to Saint Francis, his experiences and choices, that also have value in the economy. He chose between an economy of egoism and an economy of devoting himself. His spoliation in front of his father and the Bishop of Assisi is a symbol for the event of March and is the reason why Pope Francis decided to hold it in Assisi. We hope that the spirit of this city will leave a mark to all the encounters”.

“In Assisi the protagonists will be the young people, who will tell their idea about the world they’re changing on the front of ecology, economy, development, poverty. ‘Economy of Francesco’ – said Luigino Bruni, Scientific Director of the event – will be a container of ideas and practices where young people will meet at a ‘slow pace’ and will have the opportunity to think and ask, in the footsteps of Saint Francis, what it means to build a new economy on a human scale. The three days will end with the signing of an accord between the young economists and Pope Francis, who called them to Assisi to listen to their warning and dreams”.

“Saint Francis was a young trader, a party planner and a dreamer… like so many others today. Still, we look at it with a little healthy envy. From his spiritual experience – declared the Keeper of the Holy Convent, Father Mauro Gambetti – a movement was born that contributed decisively to the birth of the modern market. Humanity, civilization and well-being grew quickly after him. Why not? This seems to be Pope Francis’ provocation to young people. The challenge is enormous, because it will not be won thanks to competence, genius or by imitation of someone – even Saint Francis – the challenge is as great as the trust placed in young people. Listening to the deepest desires of the heart and the ability to decide for the things that matter – paradoxically, not money – will pave the way for a new economy. We believe in it”.

“The City of Our Saint is the natural venue to inspire an event that aims to make a pact between young economists and entrepreneurs to give a soul to the economy of tomorrow that is based on fraternity and fairness. The ‘convocation’ came directly from the Pope who, referring to the Saint of Assisi, invites us to extol his example par excellence in the care of the last of the earth, in the attention to the weak and the poor and in the need for an integral ecology. The City of Assisi will be ready for the March meeting and will be ready with all its symbolic and moral strength and with consistency to the ‘Franciscan’ message of its entire community. The Economy of Francis must speak to everyone, and everyone must feel involved and participate in an exceptional and historic event. Because the role of Assisi, also recognized by the Pope with this meeting, is that of ‘citymessage’ leading a change that finally moves from words to action”, said the Mayor of Assisi, Stefania Proietti.

The event is organized by the Diocese of Assisi, the Seraphic Institute, the Municipality of Assisi and the Economy of Communion, in collaboration with the Franciscan Families.
FIGURES

The youngest participants are 12 years old and come from Slovakia and Thailand.

The Economy of Francesco event will begin on Thursday 26 March. Nobel laureates Amartya Sen and Muhammad Yunus will officially open the work of the three-days in Assisi with young economists and entrepreneurs. The Economist Juan Camilo Cardenas and the philosophers Jennifer Nedelsky, Cécile Renouard and Consuelo Corrad have joined the already known speakers (Kate Raworth, Jeffrey Sachs, Vandana Shiva, Stefano Zamagni, Bruno Frey, Anna Meloto, Carlo Petrini). And more: experts in sustainable development, artificial intelligence and internationally renowned entrepreneurs including John Frank, from Microsoft and entrepreneur Brunello Cucinelli. All the speakers will confront the young people in a wide choice of plenary and parallel sessions.

The meeting of 26, 27 and 28 March will be preceded by a pre-event on 24 and 25 with 500 young economists and entrepreneurs – representing the different geographical regions, cultures and areas of research and business – who will work in preparation for the main event.

During the final day, the young people “will meet” Pope Francis to make a solemn Pact with him, ensuring their commitment to change the current economy and give a soul to tomorrow’s economy.
THE VILLAGES

During the whole event the participants will have the opportunity to conduct personal in-depth interviews with economists, entrepreneurs, philosophers, bankers, friars, sociologists, managers, innovators, nuns. A permanent incubator of ideas-projects-networking will be available. As well as personal visits to Franciscan places until late evening and early morning.
THE VOICE OF YOUNG PEOPLE

Valentina, 28, researcher at the University of Oxford, deals with behavioral economics and development economics. She writes: “I felt Francesco’s invitation as a call, an invitation to ‘put your face on it’. My vocation is this: studying, thinking. I have the privilege of being able to do it. I believe this is a historical moment in which we must be present. Francesco calls the young people, looks for their enthusiasm, passion, thought. I want to listen to the experiences of others, learn from them and have time to stop and reflect on the future of our ‘common home’ by putting my skills as an economist at the service of the community. I would like to participate in an event where questions, rather than answers, are the key”.

Steve from Cameroon, 27, manager of a small business says: “Participating in The Economy of Francesco means taking on the commitment to build another economy. I will be in Assisi to live an experience and then be able to share it with the other young people in my country, Cameroon, and all Africa “. All information is on the website www.francescoeconomy.org
ACCREDITATION

The request for accreditation to the event by journalists must reach the head of the Press Office, Roberto Pacilio, by sending an email to accrediti@sanfrancesco.org no later than Thursday 5 March at 6 P.M. indicating full details (name, surname, place and date of birth), letter from the director of the newspaper to which he belongs, job and telephone contacts. Those accredited to the Vatican press room must not send a letter from the director, but a copy of the accreditation card. The Press Office of the Sacred Convent of Assisi will provide journalistic, technical and logistical support.

TAGS: The Economy of Francesco

Dearest,
The Economy of Francesco event is coming up!
During the event to be held on March 26 – 28, 2020, 12 significant places in the city of Assisi will host as many “thematic villages”: they are working/sharing labs associated with a major topic – challenge of today’s economy.
We would appreciate it if you could let us know by February 8th which of the 12 villages planned for the event you would like to join. Please provide us also with a second preference among the available options. After this date, if we have not received your choice yet, the staff will assign one of the 12 villages to you.
We look forward to your kind reply and to welcoming you soon at the Economy of Francesco.
Link to choose a village (use the same password of your registration)
https://participants.francescoeconomy.org/event/event-villages/
Best regards
Maria, EoF Staff

STAFF
The Economy of Francesco
www.francescoeconomy.org