Switzerland is proud of the progress and adapt itself to new conditions, to robots, machinery, computers and automation.

The new money distributed will not come from taxes or wages, but will
distribute the abundance made possible by automation and the
creation of money which is now actually “given” by the bankers billion
or more centuries …

These quantitative easing should be given
to the people, not for wars and premiums to rare happy  fews … The
new Swiss society for true economic democracy finally distribute the
income of technical progress, natural resources, automation more
efficient, thanks to robots, computers and machines.

A new world, the animals are free, it’s our turn, free human beings, we free ourselves from the chains of bondage.

The automation will benefit all. Share the massive productivity
dividends for all Swiss people, people of all States of the Swiss
Confederation, here is a real economic democracy, thanks to robots,
computers and machines.


We Swiss are all kings, and the first duty of a king is to control the money supply.

They are billions and quadrillions for stupid wars, we prefer to invest this money in peace. 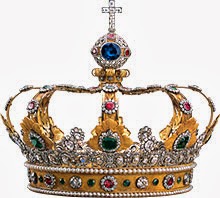 
The check is in the mail 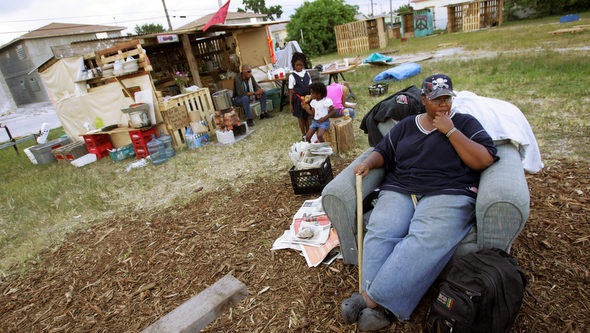 WHAT if America were to scrap all its anti-poverty
programmes—welfare, food stamps, unemployment benefits, the works—and
replace them with an unconditional basic income (UBI) for everybody?
Even in a Congress beset by less extraordinary levels of dysfunction,
the idea would have little chance of becoming law. It’s fun to theorise,
though. And if Switzerland approves a referendum to send all of its citizens $2,800 a month, the debate will have a fascinating new reference point.

Annie Lowrey’s article in the New York Times Magazine
explains that both the left and the right have reason to favour a basic
income. Liberals support the idea because it would elevate 50m Americans above the poverty line overnight. Some on the right, like Charles Murray,
are keen to eliminate rent-seeking—and much of the federal
bureaucracy—with a UBI that gives everyone the same government benefit. “A
single father with two jobs and two children would no longer have to
worry about the hassle of visiting a bunch of offices to receive
benefits,” Ms Lowrey writes. “And giving him a single lump sum might
help him use his federal dollars better. Housing vouchers have to be
spent on housing, food stamps on food. Those dollars would be more
valuable—both to the recipient and the economy at large—if they were
fungible.”

The economic effects of a basic income are
debatable. Some economists think a UBI would disincentivise work;
others argue that it would enhance entrepreneurialism by easing the path
to start a small business or switch careers. Philippe Van Parijs, a
Belgian philosopher, believes
a UBI provides “the real freedom to pursue the realization of one’s
conception of the good life”, whether that means surfing and living
small, or trading stocks and living large. Erik Olin Wright, a Marxist
sociologist at the University of Wisconsin, posits that a basic income
could even hasten a march toward communism
(without the messiness of violent revolution) by raising the bargaining
power of the proletariat. If you don’t need your job to survive, Mr
Wright reasons, you can command a higher salary and better benefits from
your boss. Ms Lowrey points out the opposite is also a possibility:
McDonald’s has little pressure to pay you a living wage if the
government is sending you supplemental checks every month.
Whatever
else they say about a basic income, everyone seems to assume that it
would decrease income inequality. But those who support the proposal as
an egalitarian salve should think twice. Raising the floor for all by
adopting an annual UBI would make no dent in the wealth gap. Everybody
from a homeless person to a middle-class teacher to a hedge-fund
billionaire would receive the same check from the government. While the
extra thousands would make the most difference to those on the bottom of
the pile, the cash would be in lieu of all existing welfare benefits.
And the income would not be sufficient to launch most of the poor into
the lower middle class. Even if the income could bring a family of four
above the $23,550 poverty line—a
figure that would cost trillions—it would still leave many Americans in
effective destitution, particularly those living in expensive urban
centres like New York City where the average monthly rent is now $3,000.
Compounding the problem would be upward pressure on housing prices that
a UBI may spur.
Beyond these economic uncertainties, a basic income would do little to ease the indignity of the wealth gap. T.M. Scanlon,
a Harvard philosopher, catalogues several reasons inequality is
objectionable. The stigmatisation of the lower orders would remain a
problem in highly inegalitarian societies like America:

One
consequence of extreme inequality in income and wealth can be that it
forces the poor to live in a way that is reasonably seen as humiliating.
As Adam Smith observed, there is a serious objection to a society in
which some people are so much poorer than others that then have to live
and dress in such a way that they cannot go out in public without shame.
Here again, the evil is comparative—it is not merely an objection to
having ragged clothes, or poor housing, but of having to live and to
present oneself in a way that is so far below the standard generally
accepted in the society that it marks one as inferior, and as someone
that others would not want to associate with. This provides a reason not
only to improve the lot of the poor, but also, even if their lot is, in
absolute terms, not so bad, to object to the creation of a much higher
standard of living for others. This may not, in some cases be a
sufficient reason to deny others these benefits, but it is a
recognizable cost that these benefits bring, and one that cannot be put
down to irrational envy.

Mr Scanlon isn’t exactly arguing for levelling
here—notice his hedge in the last sentence—but he does identify the
harms of inequality that a UBI might leave untouched. To cancel every
anti-poverty measure and reallocate government funds for a UBI would
entrench inequality unless financed with a heavily progressive tax.
There are other risks, too. Some poor families receiving a lump sum from
the government will make wise financial decisions. Others won’t, making
fungibility a liability. Libertarians like Charles Murray are
untroubled by this possibility. “The [guaranteed income] says just one thing to people who have never had reason to believe it before,” Mr Murray writes. “‘Your future is in your hands’. And it is the truth.”
(Photo credit: AFP)