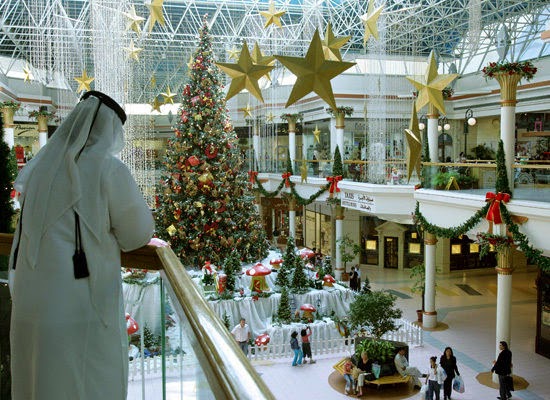 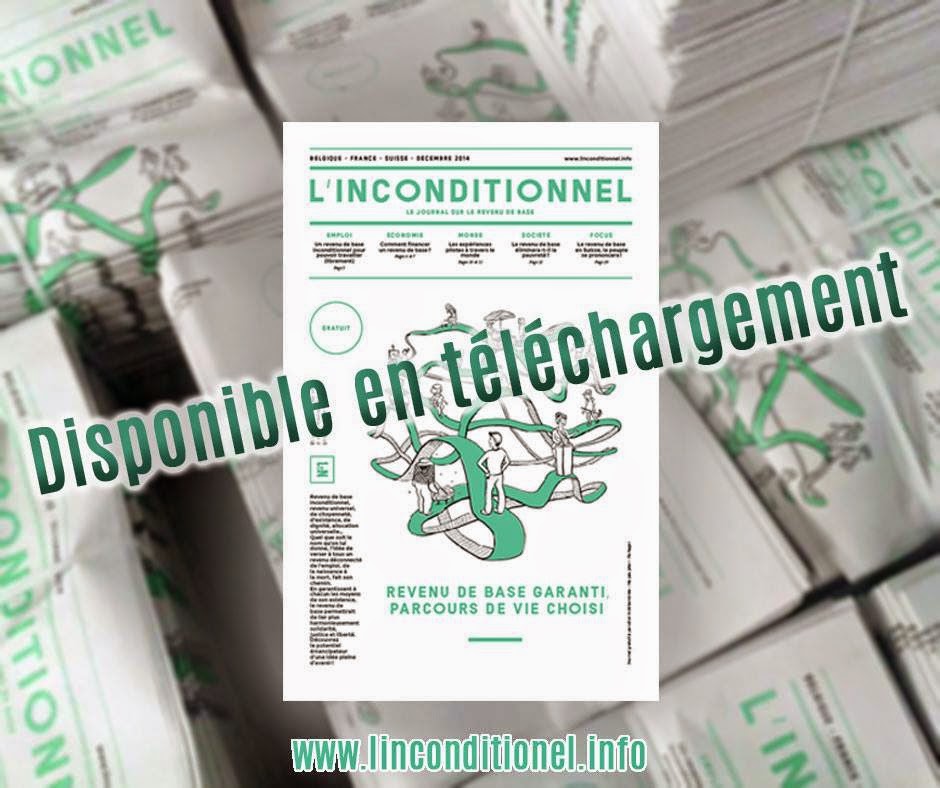 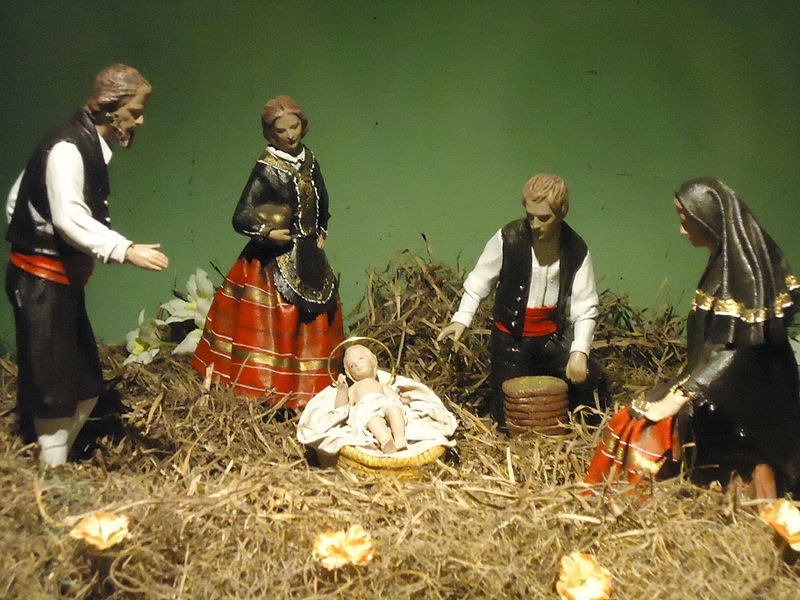 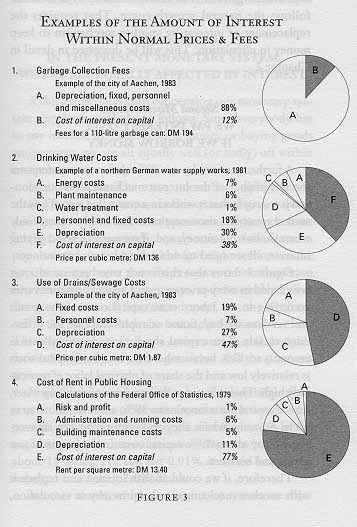 Charlie Chaplin and Social CreditMost people have heard of Charlie Chaplin(1889-1977), probably the most popular screencomic of all times with his character of the trampthat captivated audiences all over the world. Butdid you know that Chaplin was in favor of Douglas’sSocial Credit? He mentioned it himself inhis autobiography, published in 1964:“During the filming of City Lights, the stockmarket crashed. Fortunately, I was not involvedbecause I had read Major C. H. Douglas’s SocialCredit, which analysed and diagrammed oureconomic system… I was so impressed withhis theory that in 1928, I sold all my stocks andbonds, and kept my capital fluid.”On another page, Chaplin wrote: “I was discussingMajor Douglas’s book, Economic Democracy,and said how aptly his credit theorymight solve the present world crisis.”Source:[PDF]

“In God’s family, no one ought to go without the necessities of life”

Chaplin, Charlie, My Autobiography, Simon & Schuster, 1964
More:
Chaplin also had a genius for many things besides filmmaking. According to his biographer, David Robinson, “he was particularly fascinated by economics.”
After reading “Social Credit,” by Major H. Douglas, Chaplin “was so impressed by its theory of the direct relationship of unemployment to failure of profit and capital” that he took growing U.S. unemployment as a warning and “in 1928 turned his stocks and bonds into liquid capital, and so [was] spared at the time of the Wall Street crash” of 1929.
In “Modern Times,” which he began filming in 1933, Chaplin anticipated the droll humor of Beckett’s “Waiting for Godot.” Two tramps on a park bench solemnly discuss the world economic crisis and their fears about going off the gold standard: “This means the end of our prosperity–we shall have to economize.”
In the 1930s and ’40s, the protean artist became a target for ultraconservatives who reviled his morals–all four of Chaplin‘s wives were teenagers when he married them, including two who were 16–as well as his left-wing politics.
During the McCarthy period, while on a trip to London for the 1952 world premiere of “Limelight” with his fourth wife, Oona (the daughter of Eugene O’Neill), and their children–the 63-year-old Chaplin was barred by the U.S. attorney general from reentering the country. (He subsequently moved to Vevey, Switzerland, but returned in triumph in 1972, invited back by the Film Society of Lincoln Center in New York.)
Many of the pictures in the Port’s mini-retrospective, “Between Laughter and Tears,” are readily seen on video. (“Limelight,” incidentally, has a scene with Buster Keaton, the only time the two greatest comedians of silent pictures appeared together, Robinson notes, “and the only time since 1916 that Chaplin had worked with a comic partner.”)
But this is a chance to catch Chaplin where he truly belongs–in a movie house on a screen that offers the proper treatment of his larger-than-life vitality and pathos.
http://articles.latimes.com/1998/apr/02/entertainment/ca-35090

We would like to wish you a joyful Christmas within your family and in peace !
We send you as well all our best wishes

for this New Year. 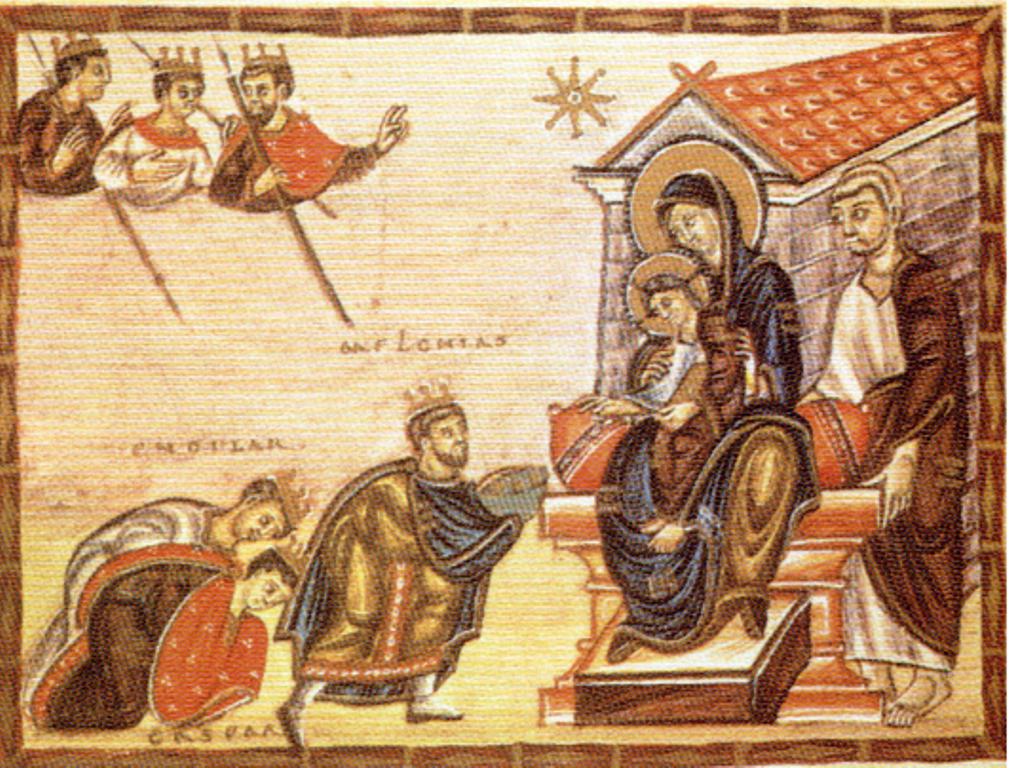 How to open local banks with local new currency but without any interest ?
How to create and share surpluses ? 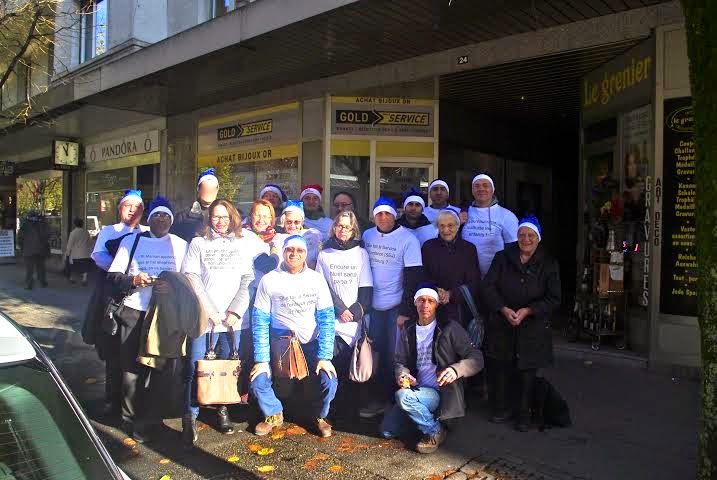 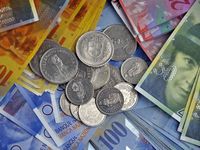 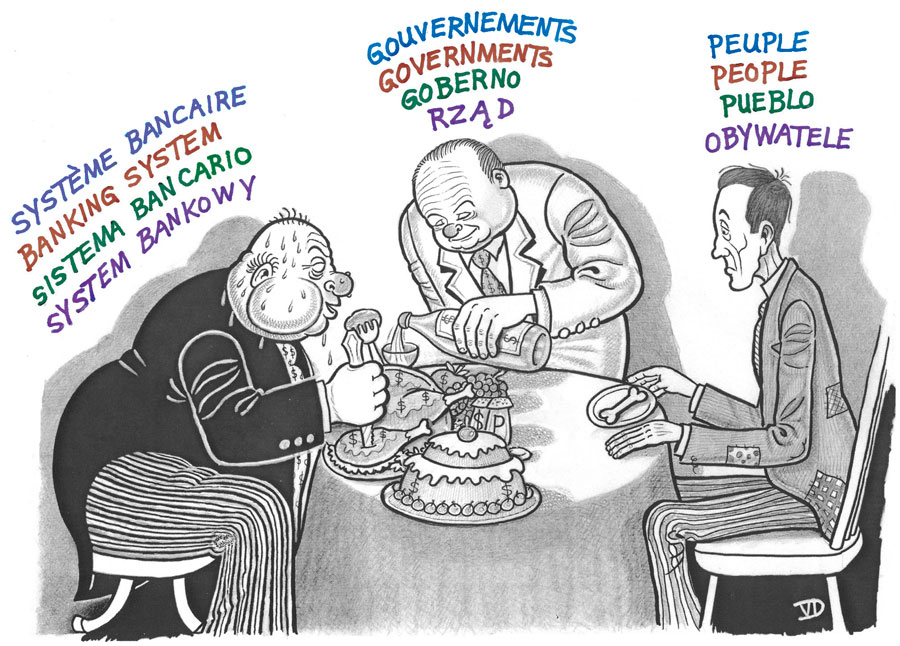 Here, in Switzerland, we have the direct democracy and to win, we need large alliances.
We can not win if we are too “pure”.
Then, as said, some facts are well explained in those videos.
See under solutions about what are the next steps. Thank you.

I watched most of this video and found myself in almost complete agreement until about 15 minutes before it ended when the lie finally emerged.  As I watched the video, I kept waiting for them to reveal that there are indeed no shortages of anything – only misallocation and waste.  I kept waiting for them to  reveal the gap and the artificial shortages.  But alas, the solution we are offered is that old worthless filthy rag that has never worked – gold-backed money.
Francois you offered this to me as something you claim is of value.  All this shows me is that you don’t truly understand why our economy fails.  It is indeed very simple.  There is a shortage of money.  That shortage is entirely driven by the simple math behind the A + B theorem that is in force in all markets, with all goods and services ant at all times.  Until THIS simple fact is grasped by a critical mass of people, we will not throw off these chains.  The world suffers from what it does not know that it does not know.  If you want to be of service to your fellow man, it is this drum and this drum alone that you must beat.
What you must come to terms with is a clear recognition of the difference between these gold advocates AKA Von Mises Institute “experts” AKA gold bugs AKA libertarians  AKA Austrian School economists; and those who propose addressing the root cause of money shortage.  I have only ever seen two methods I believe can be made to work – Frederick Soddy’s National Economy and CH Douglas’s Social Credit.  The better of the two is definitely the latter because it does two things particularly well.  It provides for equitable distribution of a nation’s wealth and it bears witness to an inescapable fact – that we don’t need 100% of our labour force to produce 100% of the goods needed by our society.  To advocate the many feel-good principles this film advocated without addressing these root causes is to offer our posterity a guaranteed repeat of history at some point in the future.  On this simple point – the cause of the gap and its proper solution – I am absolutely steadfast, unyielding and immovable.  All other efforts and initiatives are simply futile and will ultimately fail.  I encourage you to get your mind straight on this.  You are close but you’re not there yet.
Sincerely,
Dean

Yes, Dean, the video is worth watching for the presentation it makes of some of our contemporary problems.  It deals with the creation of money “out of nothing” by banks and their monopoly and depredations exercised by the control and administration of credit.  But at this point they stumble by failing entirely to identify the real problem with banks, i.e., that they claim the ownership of the credit which they create to monetize the community’s real credit and in so doing virtually appropriate the communal real capital.  The participants are generally well-intended but they are blinded by financial ignorance, and the cohesion of their destructive criticism disintegrates when they progress to the area of practical remedial proposals which are sterile without the Social Credit insight.  Douglas’s ideas would propel then into the light and free them from the ideological  maelstrom in which they are trapped in ceaseless circular motion, forever prevented from breaking out from the mental prison which confines them.  A tragedy indeed.  Each of these speakers should receive a copy of Dr Oliver Heydorn’s recent bookSocial Credit Economics:
www.socred.org

FOUR HORSEMEN is an award winning independent feature documentary which lifts the lid on how the world really works. As we will never return to ‘business as usual’ 23 international thinkers, government advisors and Wall Street money-men break their silence and explain how to establish a moral and just society. FOUR HORSEMEN is free from mainstream media propaganda — the film doesn’t bash bankers, criticise politicians or get involved in conspiracy theories. It ignites the debate about how to usher a new economic paradigm into the world which would dramatically improve the quality of life for billions.“It’s Inside Job with bells on, and a frequently compelling thesis thanks to Ashcroft’s crack team of talking heads — economists, whistleblowers and Noam Chomsky, all talking with candour and clarity.” – Total Film“Four Horsemen is a breathtakingly composed jeremiad against the folly of Neo-classical economics and the threats it represents to all we should hold dear.”– Harold Crooks, The Corporation (Co-Director) Surviving Progress (Co-Director/Co-Writer)

I am forwarding the following link for the interest of  all persons of good will:
http://globalvoicesonline.org/2012/05/07/switzerland-an-initiative-to-establish-basic-income-for-all/
http://www.xamuel.com/ten-reasons-for-guaranteed-minimum-income/

Invitation to join us to discuss and implement solutions, every year, two periods, either May or August-September..

Week of study  held in Rougemont, Canada in four languages end of August or in May followed by the Congress beg. of September or in April

( St Joseph, N-D du Cap et St Anne )and free rooms for all our guests from countries outside of Canada.

https://communities.cyclos.org/
to apply without any interest rate, thank you.

http://distributist.blogspot.ch/2008/07/how-to-apply-social-credit-locally.html
http://www.zoominfo.com/p/Fran%C3%A7ois-de%20Siebenthal/832409528
Switzerland is the poorest country in natural ressources but Swiss are rich, why ?
Switzerland has two money systems, one is free, no interests, see “bank wir” on google…
http://en.wikipedia.org/wiki/WIR_Bank
http://www.mit100.ch/?gclid=CJ36nbaL8pcCFQwgZwodDUHYCg
How to do ?
http://pavie.ch/articles.php?lng=en&pg=263 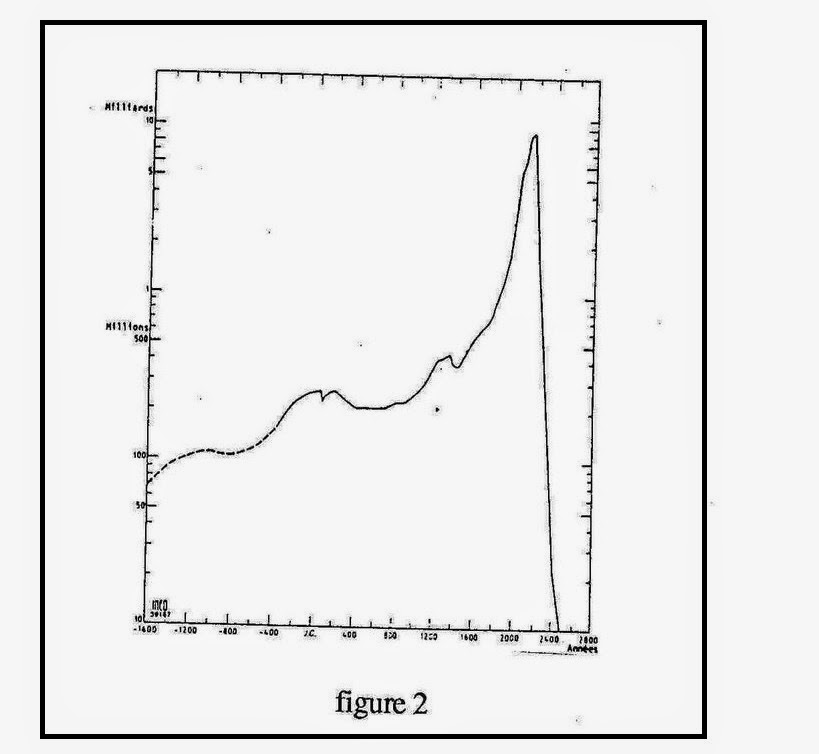 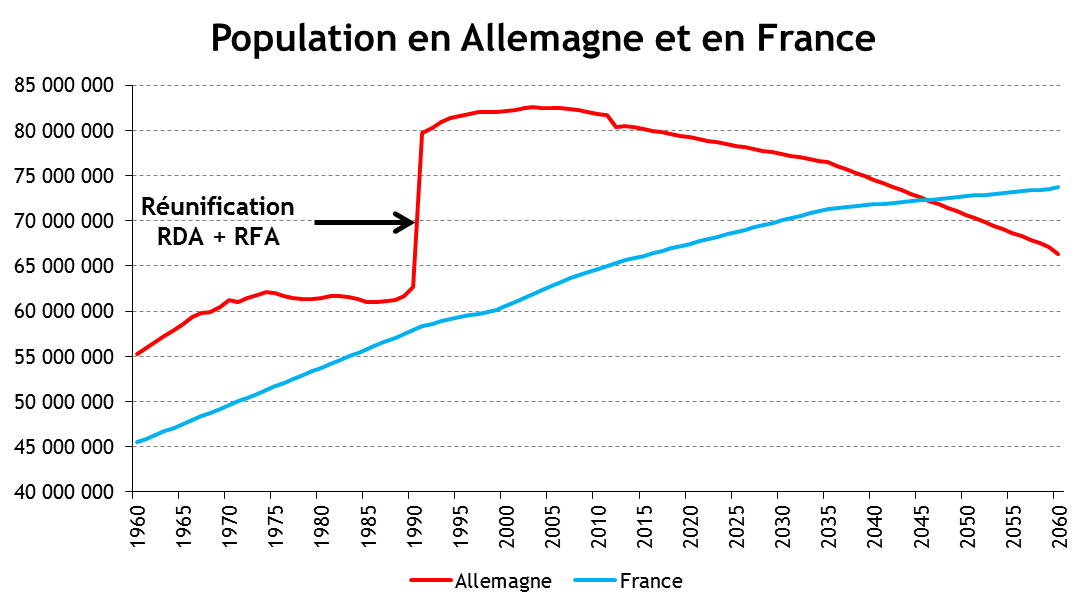 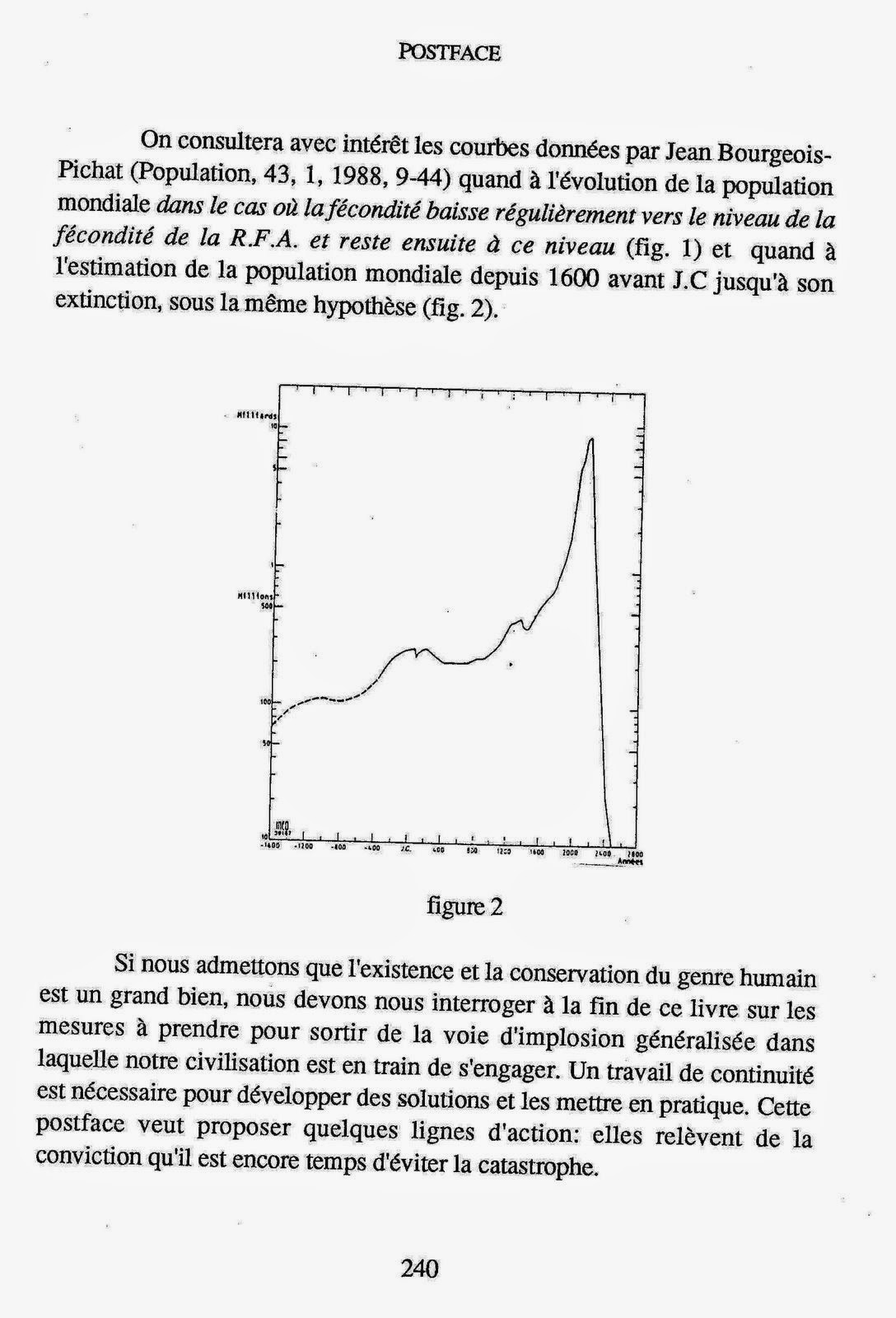 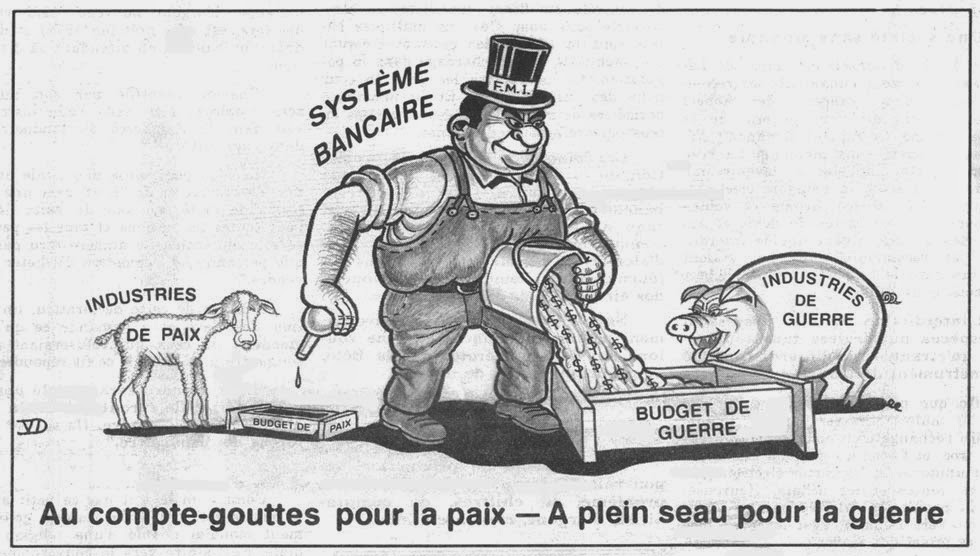 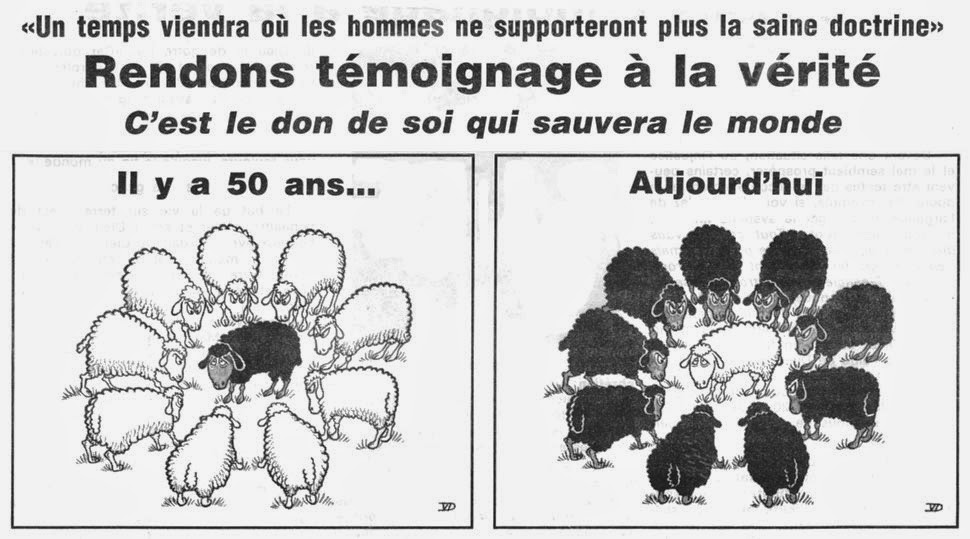 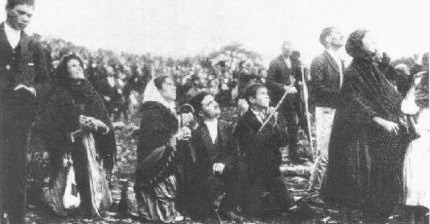 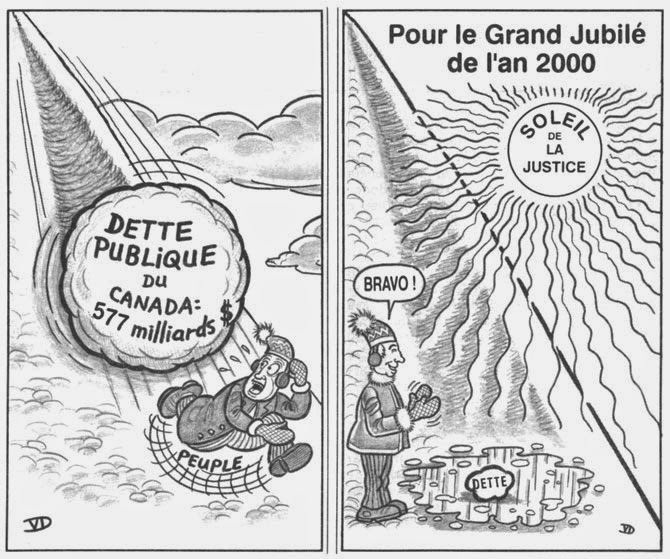