Investments without interest rates, good for the whole world, seas connected, easy with actual technology, projects leading to a peace spirit for everyones, improving life conditions of millions of people. 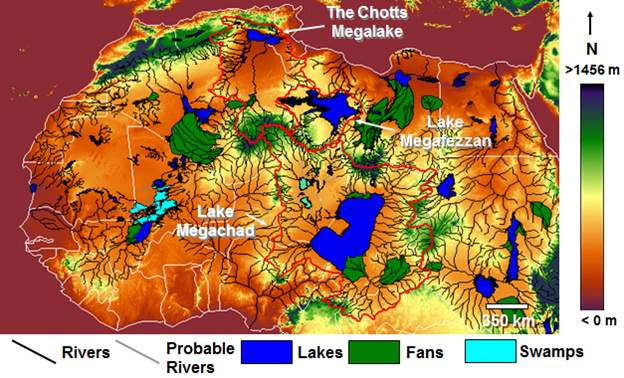 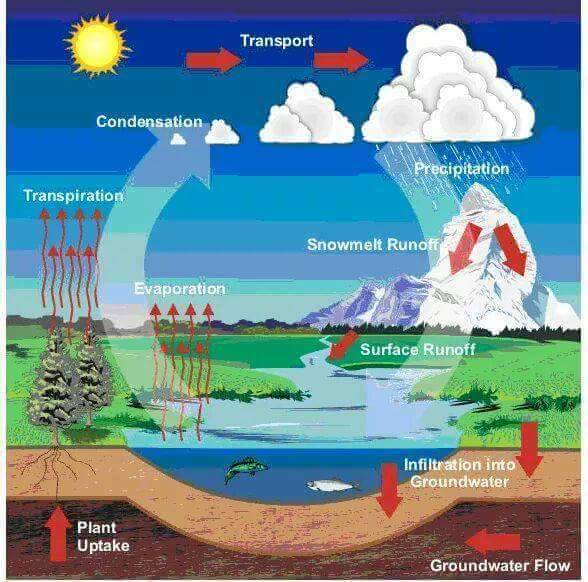 Even the CIA has explored the consequences of flooding the Qattara Depression in Libya. One advantage that intrigues modern engineers is the possibility of generating massive quantities of hydroelectric power. It would require a canal (or a pair of tunnels ,according to one proposal) only 40 miles long to connect the depression with the sea. The drop of 440 feet would be more than sufficient for the generation of power. Concerns over things such as the impact on indigenous peoples and wildlife are among the many major obstacles to these plans.
[Via Archive.org and The Basement Geographer] 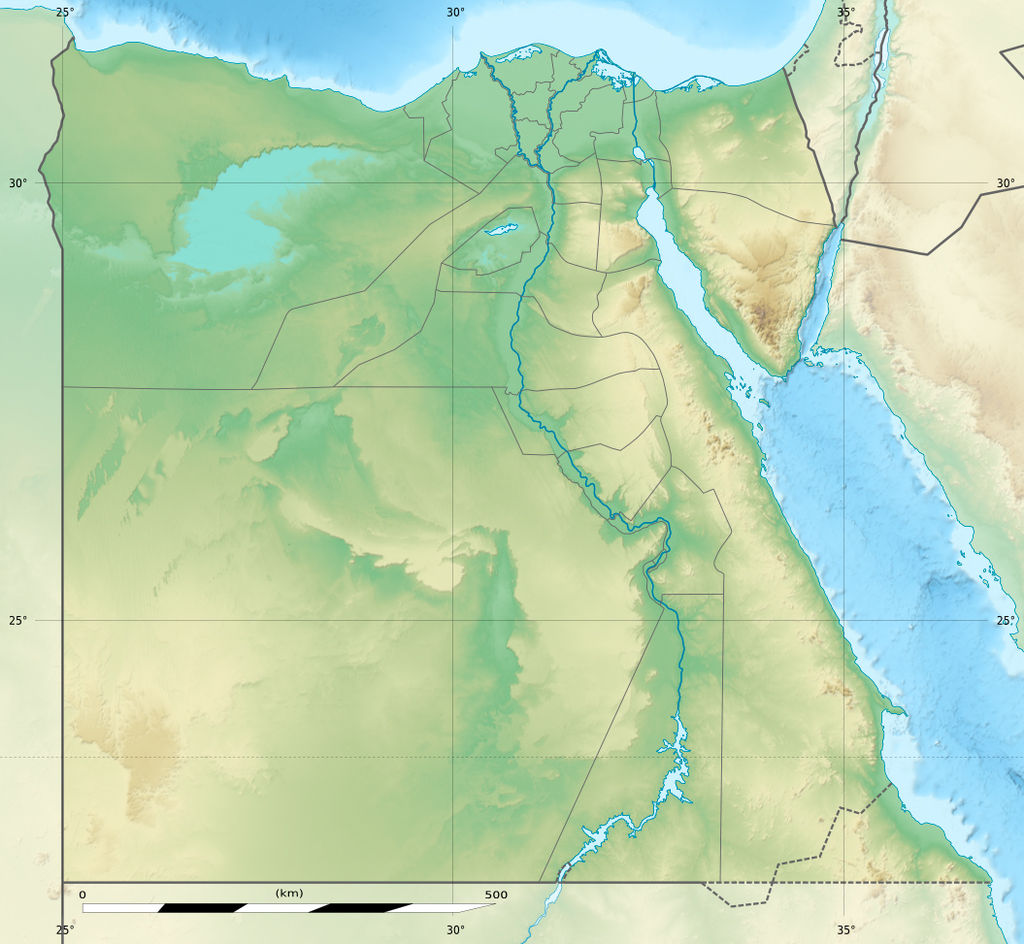 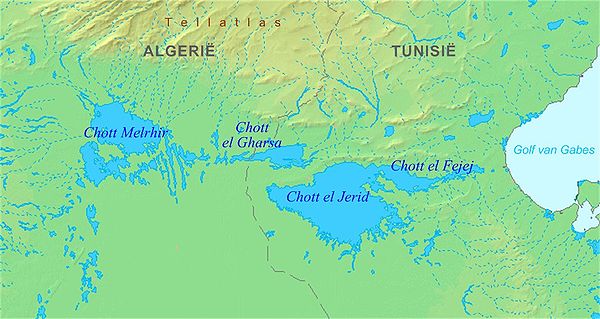 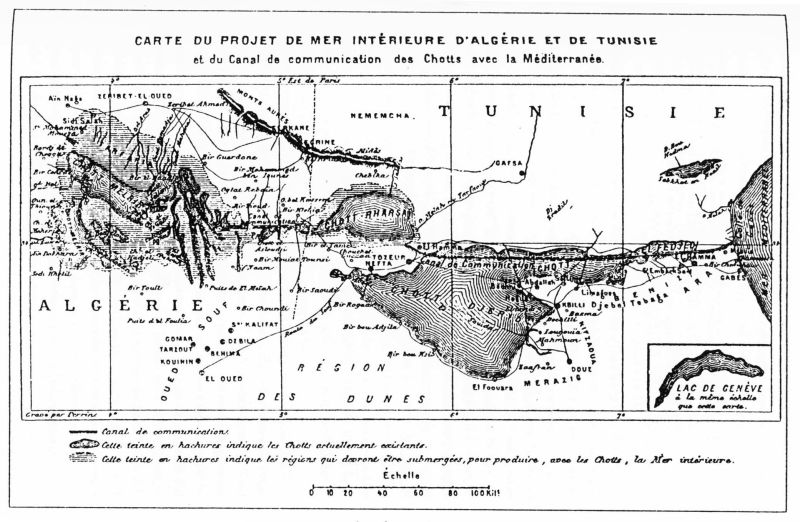 The idea of Huzel goes back to the second half of the nineteenth century. The aim was to divert waters of the Mediterranean Sea into the Sahara depressions in Tunisia and Algeria via a canal. The hope was that filling these depressions would alter the climate of the area. The history of the scheme is described in a comprehensive publication by Letolle and Bendjoudi (1997). They describe the geography, geology, hydrology and the socio-economic conditions of the project area. The following brief description is based on their work.
There is a vast depression in the Sahara running from the west of Gabès on the Mediterranean coast of Tunisia to the south-east of Biskra, with a general downward slope of east to west (Figure E.1). Chott Melrhir and Chott Rharsa in the western part of this depression, with an area of about 8000 km2, were proposed for flooding. It was believed that this depression was once part of the ancient Bay of Triton. Herodotus (485–425 bc) and other historians of antiquity described its shores as being highly rich and fertile.
Martins (1864) described that the last of the Chotts in the east is only 16 km away from the sea. By breaking through the Gabès ridge, the basin of the Chotts could become an inland sea. Lavigne (1869) described his observations of the area as a journalist, and raised the possibility of creating an inland sea.

Siphons from the sea to the Sahara

This is the maximum height that a siphon will work. Substituting values will give approximately 10 metres for water and, by definition of standard pressure, 0.76 metres (760 mm or 30 in) for mercury. The ratio of heights (about 13.6) equals the ratio of densities of water and mercury (at a given temperature). Note that as long as this condition is satisfied (pressure greater than zero), the flow at the output of the siphon is still only governed by the height difference between the source surface and the outlet. Volume of fluid in the apparatus is not relevant as long as the pressure head remains above zero in every section. Because pressure drops when velocity is increased, a static siphon (or manometer) can have a slightly higher height than a flowing siphon.

At the Eddy Potash Mine in New Mexico, a technology called “salinity gradient solar pond” (SGSP) is being utilized to provide the energy needed by the mine. This method does not harness osmotic power, only solar power (see: solar pond). Sunlight reaching the bottom of the saltwater pond is absorbed as heat. The effect of natural convection, wherein “heat rises”, is blocked using density differences between the three layers that make up the pond, in order to trap heat. The upper convection zone is the uppermost zone, followed by the stable gradient zone, then the bottom thermal zone. The stable gradient zone is the most important. The saltwater in this layer can not rise to the higher zone because the saltwater above has lower salinity and is therefore less-dense and more buoyant; and it can not sink to the lower level because that saltwater is denser. This middle zone, the stable gradient zone, effectively becomes an “insulator” for the bottom layer (although the main purpose is to block natural convection, since water is a poor insulator). This water from the lower layer, the storage zone, is pumped out and the heat is used to produce energy, usually by turbine in an organic Rankine cycle.[18]
In theory a solar pond could be used to generate osmotic power if evaporation from solar heat is used to create a salinity gradient, and the potential energy in this salinity gradient is harnessed directly using one of the first three methods above, such as the capacitive method.

A research team built an experimental system using boron nitride that produced much greater power than the Statoil prototype. It used an impermeable and electrically insulating membrane that was pierced by a single boron nitride nanotube with an external diameter of a few dozen nanometers. With this membrane separating a salt water reservoir and a fresh water reservoir, the team measured the electric current passing through the membrane using two electrodes immersed in the fluid either side of the nanotube.
The results showed the device was able to generate an electric current on the order of a nanoampere. The researchers claim this is 1,000 times the yield of other known techniques for harvesting osmotic energy and makes boron nitride nanotubes an extremely efficient solution for harvesting the energy of salinity gradients for usable electrical power.
The team claimed that a 1 square metre (11 sq ft) membrane could generate around 4 kW and be capable of generating up to 30 MWh per year.[19]

A relief map of Egypt, with the Qattara Depression shown in blue. The Sahara Sea was the name of a hypothetical macro-engineering project which proposed flooding endorheic basins in the SaharaDesert with …

The Great Sahara Sea That Almost Was – io9

20 juil. 2013 – Even the CIA has explored the consequences of flooding the Qattara Depression in Libya. One advantage that intrigues modern engineers is …

The Sahara desert by itself is pretty worthless by itself, flooding it would … Try looking for the QattaraDepression – a significant engineering …

10 août 2016 – If the depression were flooded to sea level, the lake formed would cover …. SaharaDesert and its extreme arid climate, the Qattara Depression …

INTRODUCTION. The idea of flooding the Sahara depressions goes back to the second half of the nineteenth century. The aim was to divert waters of the …

7 nov. 2016 – The bottom of the Qattara Depression is 436 feet below sea level, … but just then, a giant earthquake strikes, flooding the desert anyway.

17 août 2015 – Nevertheless, the Dead Sea Depression, flooded with sea water, … also slated for drowning, but the enormous Sahara tracts are not deep.

Would it be possible or even beneficial to flood the Sahara? : askscience

I was reading about some theories in th 1800s and 1900s to flood a part of the Sahara which, if i understood correctly, would turn Northern… … Found this about flooding the Qattara Depression near Cairo. And then there’s this …

This flooding would create an inland sea, and in the desrt heat, …. Quattara Depression were flooded(with salt water from the Mediterranean), …