http://nobailout.petitionhost.com/
The Blackmailing of a Nation…

A full-reserve proposal is put forward by the "American Monetary Institute" AMI:

"The Federal Reserve banks would be nationalized, but not the individual member banks. The power to create money was to be removed from private banks by abolishing fractional reserves – the mechanism through which the banking system creates money. So the plan called for 100% reserves on checking accounts which simply meant banks would be warehousing and transferring the money and charging fees for their services.

Give those $ 700 billions as dividends to all families, give social credit to the world, distribute family welfare, education and health, not wars and terrorism. This will give a real solution to the whole world. Change the corrupt system, stop "creation of money out of nothing as credits only with interests" given to the bankers. They have abused of it, give it back to the citizens, locally, through the families. Listen to J-F Kennedy, see below…

How much for the families ? Nearly nothing, and increased taxes ???

Proposed Legislation which resolves the current crisis:
The American Monetary Act  is ready for public comment
The Monetary Transparency Act is also in preparation
Our reaction to the criminally insane $700 billion proposed grab (pardon our language)

Help families, lower taxes, not the opposite

Stop all those hold-ups

Stop  most taxes, because they are illegals and immorals, a disguised robbery to favor wars and death.

Apply real solutions, not robbery in disguise and more taxes…

Do not believe politicians bought by lobbies, choose free and responsible local people.

Do not line up, take your liberty and your responsability, organize or join local systems.

See the truth and the reality

Resist the unjust taxes and prove them they have not the right to take IRS federal taxes.

"The presidential office has been used to establish a conspiracy to destroy the freedom of the American people, and before leaving this office, I must inform the citizens of this critical condition." Kennedy just 10 days before he was killed. University of Columbia, 12th Nov. 1963. True reasons of JFK murder. Sure they are plots, see Kennedy or Ferrayé Please, click below. 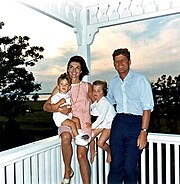 Photo from http://en.wikipedia.org/wiki/Image:JFKmotorcade.jpg Plus lies about CO2 http://video.google.fr/videoplay?docid=-4123082535546754758 Abraham Lincoln and John F. Kennedy. Melvin Sickler How was Johnson ?
http://www.youtube.com/watch?v=fRZSzdQuOqM&feature=related Who is behind ? The History of Banking Control in the United States. A. Pilote Social Credit in the United States in 1932. A. Pilote The Federal Reserve debunked (Patman, McFadden) The corrupt Federal Reserve Corporation. Melvin Sickler World government, terrorism, microchip The Bilderberg Club: a secret society of the richest people. Daniel Estulin A human implanted with microchips, identification cards in the making. M. Sickler Australia's loss of sovereignty to globalism. Pierre Marchildon Polish farmers fear liquidation by the European Union You won't be able to buy nor sell catlle if they are not identified with a chip The 9-11 attack: a second Pearl Harbor? Why I am opposed to a One-World Government, by Michael Rivero On the road to a world government A history of the New World Order — Part I A history of the New World Order — Part II Reflections on the war in Iraq. Alain Pilote Microchip update In the news, August 2003 Encyclical Letter of Pope Leo XIII on Freemasonry
http://www.dailymotion.com/jamesandre/illuminati/video/x3bdoe_illuminati-1b

Saint Paul explains to the Colossians that insatiable greed is a form of idolatry (cf. 3:5), and he reminds his disciple Timothy

that love of money is the root of all evil.

By yielding to it, he explains, "some have wandered away from the faith and pierced their hearts with many pangs" (1 Tim 6:10). Have not money, the thirst for possessions, for power and even for knowledge, diverted man from his true Destiny, from the truth about himself?

Sign the following petition and forward this text now, the world is already better.