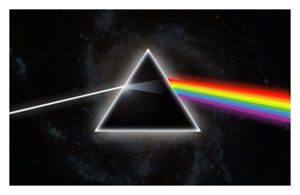 Eradicating « TERROR » justifies EVERY IMAGINED MEANS.That is : The end justifies the means !
Lenin, as usual, puts it well : “You can’t make an omelette without breaking eggs.”

From now on, it’s just a matter of carefully, gradually guiding US public opinion to fully “normalize” TIA (Total Cyber-Domination).  After all, we’re making all these sacrifices to protect you.

Which trading firms do you think are wired into NSA friends to obtain inside information on stocks as indicated in this article that inside trading is taking placed based on this information?  I don’t know if you were aware, but Nelson Rockefeller used to wire tap legislators in Albany to obtain dirt to coerce legislators to vote as he wanted them.  This NSA date a major source of such information as in the J. Edgar Hoover secret file days and will be used for blackmail of Supreme Court members, Congressional, press as well as others.  When I was at Horace Mann and read Brave New World, I thought it was a figment of Huxley’s imagination but he saw it coming.  As Orwell.

…The real question is not what they are going to do to Snowden. It’s what we Americans are going to do now that we know how truly insane and totalitarian our government has become.
Will we go back to watching our sports teams and our reality TV programming, and forget about the fact that we no longer have any privacy in our lives, that our elected leaders and our judges are operating on the assumption that if they get out of line the fascist machine at the NSA that works in service of the corporate elite will blackmail or destroy them with its access to all their communications. Or will we rise up and demand an end to this high-tech tyranny in the name of a fraudulent “War” on Terror?
Snowden exiled himself and gave up a great job in Hawaii in the hope that we would rise up when we learned that our democracy has been hijacked.
Let’s hope he’s right.

DAVE LINDORFF is a founding member of ThisCantBeHappening!, an online newspaper collective, and is a contributor to Hopeless: Barack Obama and the Politics of Illusion (AK Press). What’s in a name? A prism breaks light into a spectrum of color. PRISM, as expressed in its Dark Side of the Moon-ish logo, is no less than a graphic expression of the ultimate Pentagon/neo-con wet dream; the Full Spectrum Dominance doctrine.

The NSA – also known as No Such Agency – is part of the Pentagon.

Care for a drive to Utah?

The new, US$2 billion NSA Utah Data Center was uncovered by Wired way back in March 2012. [2] Call it the Matrix – rather a key node of the Matrix. It will be up and running in September.

The Utah Matrix node is the Total Information Awareness dream come true. TIA, if anyone remembers, was a Bush 1.0 invention concocted by DARPA that was killed by the US Congress in 2003, allegedly because it would destroy the privacy of American citizens.

Well, iiiiit’s back – as the Utah Matrix node. And fully privatized – operated by the usual legions of contractors with top-secret clearances.

Enter – again – the privatized racket. In March, Director of National Intelligence (DNI) James Clapper flatly denied the NSA collects “any type of data at all on millions or hundreds of millions of Americans”. That was a flat out lie. And Senator Dianne Feinstein let it pass.

Former NSA and DNI director Mike McConnell now happens to be vice chairman of Booz Allen Hamilton – Snowden’s employer up to this week. Talk about revolving door; from the NSA to Booz Allen to DNI and back to Booz Allen. Only this year McConnell has already raked in US$1.8 million by selling Booz Allen shares and options. [3] Clapper, the current DNI, is a former Booz Allen executive.

The US government spin feels like the dark monolith in Kubrick’s 2001. PRISM is benign. PRISM is legal. It only targets non-US citizens outside of the US. Well, it “may” sweep US citizens’ digital information; that’s also legal but we can’t tell you how.

But then there’s the mantra PRISM has been essential to foil major terrorist plots; that has been thoroughly debunked. [4] What is never acknowledged is that PRISM is TIA in action. Anyone – with the right clearance – may use TIA to amass serious inside financial information and make staggering profits. So yes, follow the money.

Google is adamant there is a “serious misperception” concerning PRISM, according to its chief legal officer David Drummond. Google insists “there’s no lockbox, there’s no backdoor” for NSA’s direct access to its servers. But “legal restrictions” won’t allow Google to explain how.

Unbounded by “legal restrictions”, Snowden was certainly smart enough to smell a rat, major rats. After the Clapper denial, he could not possibly trust congress. Not to mention the parroting US mainstream media. He did contact the Washington Post – but eventually settled on Glenn Greenwald, who’s definitely not mainstream. The UK Guardian’s position is more dubious; it badly wants to crack the American market, but at the same time solemnly ditched, even smeared, Julian Assange after it got what it wanted from him.

Snowden is surfing the PR tsunami as a master – and controlling it all the way. Yes, you do learn a thing or two at the CIA. The timing of the disclosure was a beauty; it handed Beijing the ultimate gift just as President Obama was corralling President Xi Jinping in the California summit about cyber war. As David Lindorff nailed it, [5] now Beijing simply cannot let Snowden hang dry. It’s culture; it’s a matter of not losing face.

And then Snowden even doubled down – revealing the obvious; as much as Beijing, if not more, Washington hacks as hell. [6]

Following the money, the security privatization racket and Snowden’s moves – all at the same time – allows for a wealth of savory scenarios … starting with selected players embedded in the NSA-centric Matrix node making a financial killing with inside information.

Snowden did not expose anything that was not already known – or at least suspected – since 2002. So it’s business as usual for those running the game. The only difference is the (Digital Blackwater) Big Brother is Watching You ethos is now in the open. TIA, a bunch of wealthy investors and a sound business plan – privatized Full Spectrum Dominance – all remain in play. From now on, it’s just a matter of carefully, gradually guiding US public opinion to fully “normalize” TIA. After all, we’re making all these sacrifices to protect you.